Housing story: “You can’t let rents get so high that people have to figure out which necessity of their daily life to sacrifice just to pay rent.” 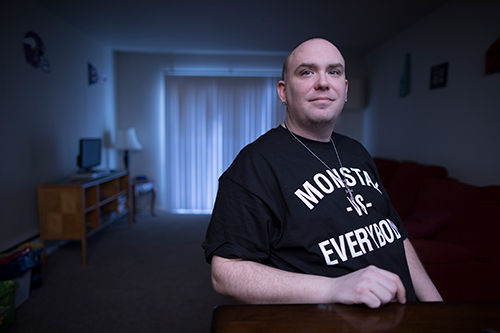 Homes for All MN collects and shares housing stories to to show lawmakers the challenges Minnesotans are facing when it comes to having a safe, stable and affordable home. By sharing your story, you play a key part in gaining the support and understanding of elected officials and furthering Homes for All's mission to advance housing stability for all Minnesotans. Chris's story is part of that effort. Join Chris in sharing your story, and thanks for supporting Homes for All!

By the time he’d turned 30, Chris had already endured three back surgeries, leaving him unable to work. But he bristles at the stereotypes he knows others unfairly ascribe to him.

“We’re the complete opposite of what most people would think as being on social programs,” he says of himself and his son. “We’ll be off of these programs in the next couple of years. People tend to make assumptions because I don’t work and because I live with government assistance. They don’t understand my situation. Don’t judge me. Ask questions. Know my story.”

Just before Chris had his third surgery he, his son, and his son’s mom found themselves without a home for the first time. “That was just before my son turned two,” Chris recalled. “From two to five, my son lived with us in a hotel, and from five to six, we had a roommate.”

Living in a hotel was hard on Chris and his son, and having a roommate and a young child in close quarters was difficult to navigate. To keep a roof over their heads, Chris cut back on driving as much as he could, and he struggled to keep up with his medical appointments.

All that changed three years ago when Chris and his son moved into Ashland Place, an affordable housing complex in Rochester developed with 9% Housing Tax Credits, and with the help of the Family Homeless Prevention and Assistance Program (FHPAP), a program administered by Minnesota Housing that provides direct assistance and services to individuals and families to prevent homelessness. While the move has provided living space that accommodates his physical limitations, Chris said that the move had the biggest impact on his son.

“I’ve seen his having a stable place affect him more than me,” Chris explains. “He’s had a lot of behavioral problems since he’s been in school, and since we’ve moved in here, and he’s had three years in one spot, he’s improved quickly.” 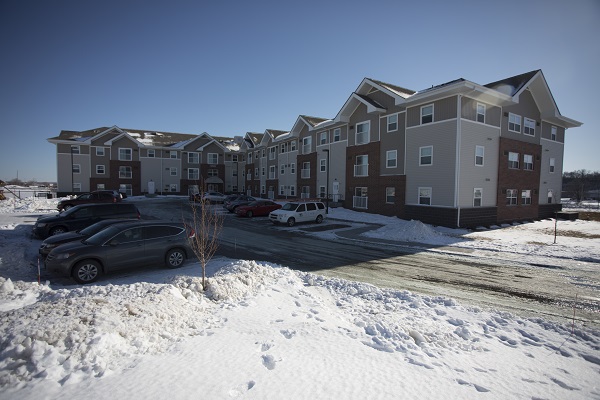 While Chris is grateful that Ashland Place and FHPAP have opened new horizons to him and his son, he knows there are so many other struggling families in his community. He’s concerned that the stigma and stereotypes around affordable housing erase the variety of backgrounds and situations — and the contributions — of the people that call places like Ashland Place home.

“People are quick to label affordable housing as low income or crime ridden, and I think that negatively affects the community in general,” Chris explained. “There’s people here who are, like me, on a program. There’s other people who work at Mayo Clinic who are not on a program. I think that people have a misconception [about affordable housing] that floats out into the public and totally takes the discussion into the wrong direction.”

Chris wants lawmakers to listen carefully to the many community members forced to make impossible choices in a system that feels stacked against them.

“You can’t let rents get so high that people have to figure out which necessity of their daily life to sacrifice just to pay rent,” Chris said. “I don’t think that politicians realize what people who have to make choices like that are actually going through. They need to get more of a frontline perspective.”

Chris and his son love to play sports. Chris played football and basketball in high school, and hopes to someday his back will be healthy enough to coach his sons. Though his physical limitations have created obstacles in his life, Chris is determined to stay positive and forge ahead.

“Living [at Ashland Place] has opened up a lot of opportunities,” Chris said. “I would consider myself and my son lucky that we got into this program because I know that there’s a lot of other people struggling to find housing and pay for it, too.”

Homes for All is a statewide coalition that advances shared policy initiatives that lead to housing stability for all Minnesotans. Homes for All supports statewide investment across Minnesota's Housing Continuum.

Learn More
Homes for All is a statewide coalition that advances shared policy initiatives that lead to housing stability for all Minnesotans.
Copyright © 2016 - 2020 Homes for All MN